With every study, and every patient success story, medical marijuana is becoming more accepted by society.

Marijuana is now legalized in 30 states and the district of Columbia.. Whether it has been fully legalized for both medical and recreational use, or just in a restricted way for patients that need it most, marijuana is losing the stigma that it has held for decades.

The economic, social and medical benefits have been debated for many years. Now there is a clear trajectory towards complete legalization across the US and Canada, and that will have a huge effect on society.

1. People With Seizure Disorders Will Finally Have An Effective Treatment 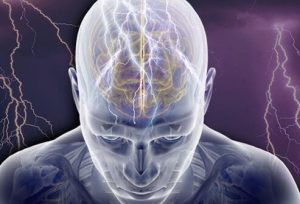 Seizure disorders – like epilepsy – are notoriously difficult to treat. They are normally treated using an anticonvulsant drug, which normalize the way nerve impulses travel along the nerve cells to prevent or treat seizures.  But in some cases, patients don’t respond to traditional medicines.

In 2013, the story of Charlotte Figi started to circulate the news channels. She was a young child having 300 grand mal seizures a week, and she didn’t respond to anything the doctors tried. Her seizures were so severe that her parents had signed a do-not-resuscitate order. As a last resort, they decide to try CBD Oil. Her seizures stopped immediately, her condition improved and she started to live life as normal child.

Then there was the almost identical story of Billy Caldwell in the UK. His condition was even more severe and his Mother had to travel to the US for him to access CBD Oil. When they returned home, Billy became the first person in the UK to receive a prescription for medical marijuana.

Even when traditional medicines do work for epilepsy sufferers, there is a long list of potential side effects including nausea, liver failure, headaches, irritability, hair-loss, depression, vision impairment, weight gain, sleep and mood disturbances and impotence.

CBD Oil is proving to be the most effective new treatment for seizure disorders in years.

2. Less Crime Caused By The “War On Drugs” 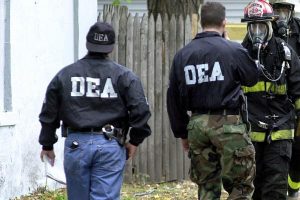 The “War On Drugs” has been a part of American culture since the presidency of Richard Nixon in the 1970s. The focus on eradicating drugs from our society has caused a huge amount of money and resources being channelled where it perhaps isn’t needed. When marijuana is legalized these resources can be used elsewhere.

3. People Will Have A Far Safer Choice For A Recreational Intoxicant 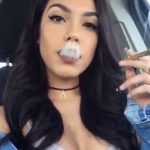 For years, marijuana has been painted as a dangerous drug by the federal government. On this blog we mainly focus on the benefits of medical marijuana and CBD Oil, but generally don’t talk about its recreational uses. It is well known that it’s much safer than alcohol and isn’t responsible for overdoses or other drug-related deaths. The stigma surrounding marijuana isn’t anywhere near as bad as it used to be, but it is still there.

Excessive alcohol consumption is responsible for over 80,000 deaths a year. Despite this amazing statistic, it is perfectly legal for people over the age of 21 to buy and consume as much as they want. Marijuana is responsible for 0 deaths per year.

While there are some side-effects from excessive marijuana consumption, it is statistically nowhere near as dangerous and is a relatively safe intoxicant for people to use. If more people choose marijuana over alcohol, the huge strain on the healthcare industry and police services could be reduced. Consumers would have a safer choice and wouldn’t have to be afraid of being on the wrong side of the law. 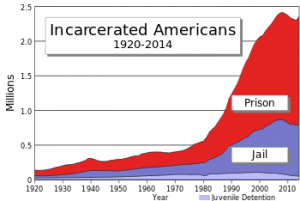 Currently there are huge numbers of people in prison because of non-violent marijuana-related charges. If you make a substance like cannabis illegal, people will find a way of getting it. There will always be a demand, which means there will always be people prepared to take the risk of supplying it. When you consider that it is a relatively harmless substance, when compared to alcohol, it is amazing to think people spend years in prison because of it. Not only that, but the revenue created by this illegal trade goes to criminals and the imprisonment of these criminals costs the government money. Then, there is the prison overcrowding problem to consider. Legalizing marijuana would save the government a lot of money, and free up space for more serious criminals.

5. An Astronomical Surge In Tax Revenue 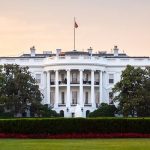 For years, medical marijuana advocates have been talking about the economic benefits of legalizing marijuana. It’s pretty simple logic: there is a huge, untapped industry that is responsible for billions of pounds each year that the government could be regulating and taxing. According to a market research study from Ameri Research Inc, the global marijuana industry will surge from $14.3 billion in 2016 to $63.5 billion by 2024. That is a huge potential revenue stream for the U.S. economy.

Since Colorado legalized marijuana for recreational use in 2014, the state has taken $506 million in taxation. They apply a 2.9% sales tax to marijuana for medical use and a more aggressive 15% excise tax and 10% special sales tax when it is used for recreation. This shows the potential for other states to improve their economy by legalizing marijuana.

In addition to this, police costs are reduced as they no longer need to dedicate resources to the ‘war on drugs’. Add these together and it is an economic no-brainer.

There have been calls in the UK to replicate the Colorado model, but on a much bigger scale. The estimated value of the UK cannabis industry is £7 billion per year, which leaves a huge potential revenue from taxation. This money could then be diverted to improve public services like the NHS. 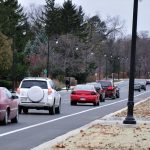 This may come as a surprise to some readers, but it has been proven that legalizing marijuana can reduce the number or traffic fatalities. In a study conducted by Columbia University, it was found that traffic fatalities have fallen in seven states that have legalized medical marijuana.

They also examined the relationship between the existence of medical marijuana dispensaries and the number of traffic accidents and found a reduction in fatal accidents in 25-44 year olds.

They offered a number of possible reasons for this reduction. Firstly, it could be argued that people under the influence of marijuana are more aware of their condition than drunk people, so are less likely to drive. Secondly, the legalization of marijuana means more people are at home using the drug recreationally, so less people are out in bars. Finally, they argued that there is an increased police presence and more police available so people are less likely to risk drink-driving.

When marijuana advocates talk about the benefits of legalization, they rarely talk about lowering the number of fatal traffic accidents, but it can be added to the long list of positive effects it could have on society.

7. Access To Hemp For Industrial/Non-Medicinal Purposes Will Be Increased 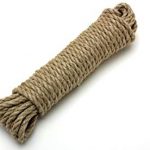 Hemp is one of the oldest, most versatile materials in the world. In 1937, the Marijuana Tax Act made it illegal to cultivate or sell any type of cannabis. Unfortunately, as hemp came under the cannabis banner, its amazing benefits and uses slowly became forgotten about.

Before that, hemp was used for thousands of years. Its seeds and flowers are excellent for use in healthy foods, body care products and other skin care products. Its fibers and stalks are used in clothing, construction materials, paper, biofuel and more.

Not only is it extremely versatile, it’s a great rotation crop for farmers. Whilst growing it breathes in CO2 from the atmosphere, detoxifies the soil and prevents the soil from eroding. It also provides nutrients to the soil after the harvest is finished.

It’s important to note that hemp comes from a variation of the cannabis plant that doesn’t have any psychoactive effects, so there is actually no need for it to be regulated. In the coming years, its amazing eco-friendly uses and benefits will hopefully be recognized by the agricultural community again.

If you can think of any other positive effects of legalization, tell us in the comments.

Why CBD Oil Is Literally A Miracle For Seizure Disorders