CBD is a non-addictive, non-psychoactive substance (cannabinoid) from the cannabis plant (cannabis sativa), unlike THC (tetrahydrocannabinol), which is a compound found to produce mind-altering effects. The association of CBD with cannabis causes many people to steer clear of it based on where it comes from, but it is not harmful or addictive at all. Many manufactured prescription medicines are highly addictive and/or carry many side effects. CBD is all-natural and has limited to no side effects to the human body.

CBD offers many great health benefits and actually serves as an anticonvulsant, antiemetic, anti-inflammatory, antioxidant, anxiolytic, and antipsychotic agent. CBD oil is simply oil that has CBD in it. There is CBD in THC, but very little. For medical use, CBD is extracted from HEP, a legal and safe compound that is found in the cannabis plant and used for many retail products. Since CBD is a cannabinoid, it attaches to receptors in the body, just like your body’s own cannabinoids. The human body has two receptors for producing its own cannabinoids, CB1 receptors and CB2 receptors. Most CB1 receptors are in the brain, while CB2 receptors are typically found within the immune system. Ironically, CBD does not act on the body’s receptors; it just motivates the body to use more of its own cannabinoids.

Since CBD oil has been reported to have no harmful side effects and does not produce a “high” in any way, it is commonly used in the medical field to treat many diseases, health problems, and discomforts. Quite a bit of testing has been conducted over the decades using rats and mice, producing positive outcomes. In addition, there have also been many human tests conducted with great results.

Because of all of these reasons above, these new cannabis products have become more accepted than ever in society.

According to existing data, CBD oil has been shown to help many health conditions(in some cases), including the following:

CBD oil has been found to help many people with neuropsychiatric disorders, ranging from depression and anxiety to schizophrenia. Neuroplasticity is the brain’s ability to adapt and change from an experience, meaning that certain experiences alter the brain’s behavior and functions. This often leads to neuropsychiatric disorders. CBD oil has been known to reduce auditory MMN (mismatch negativity) in patients with schizophrenia. For chronic anxiety, drugs like Valium and Xanax are highly addictive, but CBD is not and provides better results. Depression is a major health issue around the world. CBD oil helps reduce those negative imbalances that control how people feel, act, and respond.

A decline in cognitive and motor skills often stem from neurodegenerative disorders like Alzheimer’s disease, Huntingtin’s disease, and Parkinson’s disease. An increase in studies shows that CBD oil reduces the number of seizures and spasms in people with neurological disorders. In addition, many studies are showing that it improves cognitive functions in people with Alzheimer’s, as well as those with schizophrenia.

Type 1 diabetes is an autoimmune deficiency where the immune system attacks and destroys the pancreas cells. The pancreas cannot produce any insulin, which is the hormone that handles blood sugar levels. CBD oil has been found to ease the inflammation of the pancreas.

As the most common type of diabetes, type 2 is an important health issue to manage. Unlike Type 1 where the pancreas cannot produce insulin, Type 2 can, but the body’s cells cannot process it.
Studies conducted with mice show that diabetes was amongst 85% of mice for those not treated with CBD and only 30% for those treated with it. In addition, human studies have shown CBD users have lower fasting insulin levels, as well as reduced levels of insulin resistance. Insulin regulates glucose metabolism. The insulin resistance part of diabetes relates to Type 2. If a cell cannot process insulin, it cannot absorb glucose, which is what provides the body with energy.

Diabetes also generates nerve disorders over time. CBD oil has been found to help restore pain functions in diabetes patients and it helps restore the growth of nerves back to a normal level. 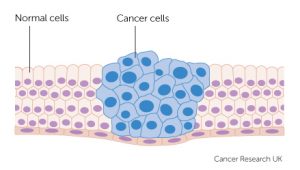 Cancer is a very common cause of death around the world, mainly because it is still a challenge to treat. Advancements in scientific research and technology have and continue to evolve, but cancer still wins the battle in many cases. CBD oil has been shown to help fight cancer by stopping it from spreading and reproducing its cells throughout the body. According to the British Journal of Clinical Pharmacology (BJCP), it states that cannabinoids have pro-apoptotic and anti-proliferative effects and interfere with cancer cell migration, tumor neovascularization, adhesion, and metastasization. It suppresses cancer cell growth and helps prevent existing cells from surviving.

CBD oil for psoriasis is becoming a popular treatment across the world, mainly since it balances the immune’s system response to the condition. The body’s endocannabinoid system helps regulate the life of skin cells and CBD oil reduces inflammation and slows down the cell growth. Psoriasis is an autoimmune, genetic-type disease that takes over the skin’s surface by reproducing cells every 3-5 days compared to the average 30-day span. Red and itchy patches tend to develop on the skin’s surface. With CBD oil helping to regulate skin cell life and control inflammation, it is a good option for treating the disease.

Stopping the inflammation is important because it causes premature skin cell development, which leads to skin breakage and uncomfortable pain. CBD oil slows the production of abnormal lipidic compounds and controls cell reproduction to keep the inflammation under control.

Rheumatoid arthritis is a chronic, joint-inflammation disease, leading to deformed fingers, ankles, wrists, and other skeletal areas. The pain, heat, and swelling make it hard to maneuver those regions and can be an uncomfortable situation on a daily basis. Because CBD oil reduces pain and inflammation, it makes it a good treatment for arthritis diseases. It is a natural treatment, unlike prescription drugs, which have many side effects and provide minimal benefits. It also slows down the progression of the disease, helping people deal with the symptoms and making the pain more manageable.